On the 11th of December 2020 Transport4transport (T4T) held a bicycle ambulance distribution in Salima under group village Maweya, Traditional Authourity Kalonga. Our Vice Chairman Ricky Mwenyewe and Field officer Madalitso Mawetcha travelled from Lilongwe to Salima for the Ambulance distribution. People gathered in the middle hours of the morning at 10:00am, chiefs, village groups and villagers were present at the event. The function was opened by the field officer Madalitso introducing the organization to the people and making them understand about the organisations aims and objectives for the community. People were amazed with the bicycle ambulances as a lot of problems have now been eased. Problems that were being faced included women delivering on their way to the hospital which increased numbers in deaths as the hospitals are very far and transport was a challenge.The vice chairman Ricky Mwenyewe explained to the people on the handling and caring of the bicycle Ambulances where he asked the people to not remove any part of the bicycle Ambulance and replace it with spare parts but rather inform the field officer to assist on a way forward to the problem they will be facing. He also spoke on the management of the bicycle ambulances clearly stating on the do’s and don’ts of caring for the ambulance. The bicycle ambulances were handed over to the group chief headmen by the Vice chairman Ricky Mwenyewe and Field officer Madalitso, who then went on to teach the people on how to assemble the ambulance which people were eager to learn and put into practice. Six bicycle ambulances were distributed on the day to the Salima community.Votes of thanks were done by one of the village group headmen who thanked the organization for the good deeds and he pleaded with the organisation for more ambulances as Salima has a lot of villages facing the same problem of women delivering on their way to the hospitals. He commended the organisation for the work it is doing and urged it to keep the good work going, saving mothers and the unborn babies from maternal deaths one ambulance at a time. 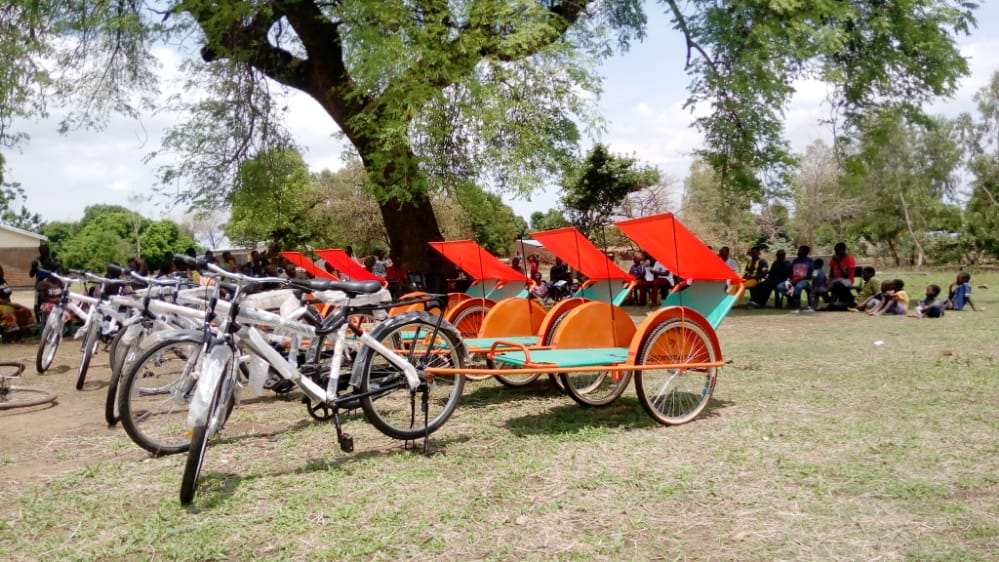